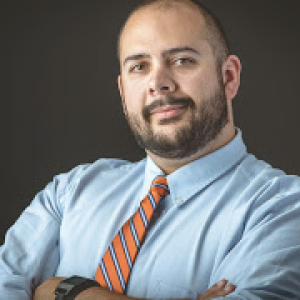 Here at Hemp Exchange, we hear many stories of small farms just getting into the hemp industry. Their motivations, history, and perspective are all unique. While we can’t possibly share everyone’s story, we wanted to bring you a story of tragedy, struggle, perseverance, but most of all, heart. The folks over at Grinder’s Switch Hemp, a small farm an hour west of Nashville, TN, exemplify what it means to be a small farmer in the hemp industry today.

Our story starts with Carrie and her husband, Todd. Due to some unfortunate medical issues, Todd was faced with undergoing a first-of-its-kind surgery in which he received seven new organs. As with all new surgeries, tensions were as high as the risks, and there were no guarantees that he would make it off the table.

Thankfully, the surgery was a success, but recovery would prove to be a long road. Post-surgery care required a four-month stay in the hospital. During this time, Todd’s situation was touch and go at times. In fact, Todd had died twice during his stay. But through proper care, determination, and the love of his family, Todd was released, and the real work began.

Often times, events like this will reset your perspective. Coming close to death will force you to reevaluate what is important in life, and even more so, realize what isn’t.

Todd and Carrie had this very realization. Their family became their focus, and other worldly things that competed for their attention just didn’t seem to matter.

At the time, Carrie and Todd lived in Michigan. The harsh, bitter winters didn’t do Todd’s body any favors. His scars, which were significant, would tighten in the cold, causing excruciating pain. With new focus and drive, Carrie and Todd moved away from Michigan to pursue a simpler, family-focused life.

Todd was taking painkillers daily, but they both knew he had to be free of the medications as soon as possible. While desperate to get off the drugs, the pain was still very real. Doctors couldn’t give him any advice on what to expect, though, since he was the first person to undergo this procedure. In a move of desperation, Carrie and Todd turned to CBD.

CBD, as they would learn, made a significant difference in Todd’s recovery. In fact, it soon became a critical component of Todd’s regiment. When he took his daily dose, he appeared to have less pain, less inflammation, and it also seemed to be helping with the side effects of the anti-rejection medication he had to take. It wasn’t long before Todd and Carrie were not only CBD users, but advocates.

Todd had always dreamed of having a farm. But, for a variety of reasons, it just wasn’t in the cards. But now, with new priorities, a new passion for CBD, and a desire to make dreams a reality, it was time to act.

Todd and Carrie purchased a 35-acre farm in the middle of rural Tennessee. Along with grass-fed cattle and chickens, they were excited to plant industrial hemp.

Like many others in the industry, they dedicated themselves daily to their grow. Being very hands-on, they used only organic products, and they used a spring-fed creek running through their land that piped into a 25-gallon water tank. They drove the tank on a four-wheeler and hand-watered each plant.

They planted 972 plants in three distinct areas on their farm. Each location varied greatly in elevation, and daily watering took six to seven hours.

The drought in August and September meant their days in the
fields began before sunrise and ended long after sunset, but they did everything they could to ensure the plants would thrive.

Across the Finish Line

The plants were harvested and hung to dry in a hay barn as well as their basement. They hand-bucked every plant and examined every bud. They now have 600 lbs of 5 varieties of untrimmed flower in 54 boxes, and each box is aerated several times a week. The hemp they have for sale epitomizes the passion, effort, and persistence of every farmer operating a small farm in this industry, and we are happy to support Todd and Carrie, as well as other farmers just like them.

Bid on Todd and Carrie's Biomass

Let's Support Small Farms like Todd and Carrie's. Buy their biomass or other lots like it
View Their Listing